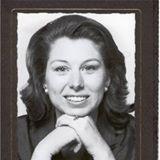 Betsy Pruitt-Harrison holds a Bachelor of Science in Music Education from West Chester University where she sang with the Delaware Symphony Orchestra and Pennsylvania ProMusica. Mrs. Harrison has been the Choral Director and Drama Director at Cumberland Regional High School in Seabrook, New Jersey since 1997. She has held the position of Coordinator for the Music and World Language Department and is the Tri-M Music Honor Society advisor. She is listed in Who?s Who Among American High School Teachers. Locally, she has appeared with the Sea Isle City Players and the Margate Little Theatre. She also enjoys being behind the scenes directing for Cumberland Players, Oakwood Summer Theatre, and Ocean City Theatre Company. For almost ten summers she directed children's musicals for the Avalon Players, growing that group from 30 children to 120 children. As a former Miss Shore Resort she continues to entertain and volunteer within the Miss America Pageant system as the Executive Director of the Miss Cumberland County Pageant. She is very active in her church as a soloist and Sunday School teacher. In her spare time, she teaches private piano and voice lessons from her home.