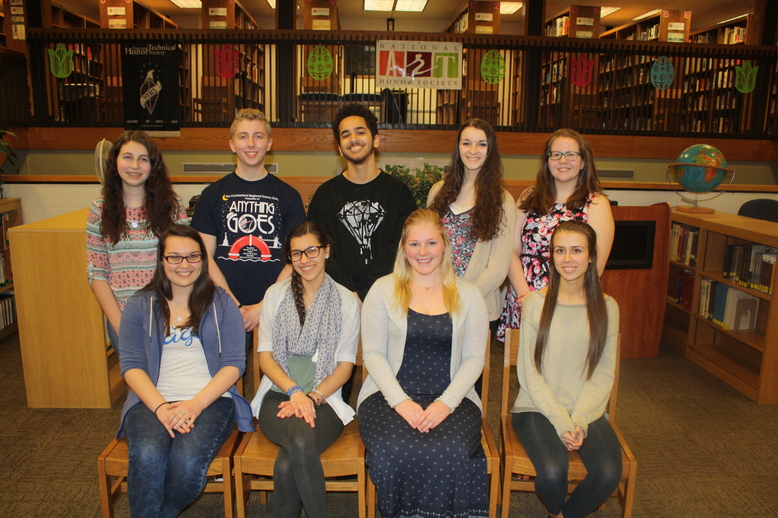 The International Thespian Society celebrated its 2016 inductees in a ceremony held in the CRHS Media Center.

Also pictured: 2015 ITS inductees Kevin Plummer, who delivered the ITS pledge during the induction ceremony; Nathan Langston, who gave a welcome address on behalf of ITS; Jordan Chester, who conducted roll call; and Courtney Ricci, who presented a history of the society.