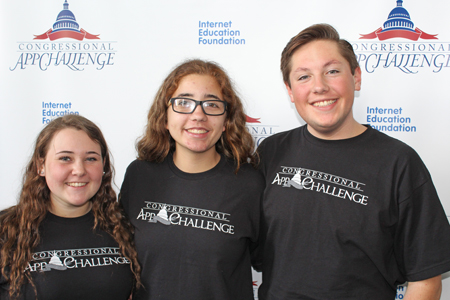 Now in its second year, the Congressional App Challenge is a public effort to encourage youth to learn how to code by participating in the annual legislative district-wide competition hosted by members of Congress. The CRHS team developed an app called "County College Credit Conversion," designed to allow students to quickly and easily determine the transferability of credits in a New Jersey community college to a four-year college or university. This is Cumberland Regional’s second consecutive win for its district in the Congressional App Challenge.

While in Washington, the group had the opportunity to attend a welcome reception sponsored by Amazon at its corporate facility. The reception allowed the students to meet winners from other districts as well as representatives from the tech community. Baez and Bondi, both seniors, and Willis, a sophomore, enjoyed hearing remarks from sponsors and speaking directly to representatives from the U.S. Patent Office.

Students later met at a corporate Microsoft innovation facility to hear from Allyson Knox of Microsoft, a keynote address by U.S. Rep. Suzan DelBene of Washington, then a panel of tech industry professionals discussing "Computer Science, Coding, and Beyond: Career Options in the Tech Community." Panelists included representatives from Tech Freedom, Spotify, NASA, Microsoft, and Google.

Next, students traveled to the Rayburn House Office Building on Capitol Hill, where they set up displays to demo their apps. Family, friends, members of Congress and their staff, and members of the tech community were invited to walk through the Rayburn foyer and watch the students demo their work. Remarks were offered by U.S. Rep. Ed Royce of California and U.S. Rep. Seth Moulton of Massachusetts, the 2016 Congressional Co-Chairs of the event.

While in D.C., the CRHS group also met with their representing congressman, U.S. Rep. Frank LoBiondo, in addition to touring the Capitol to see their app on display, visiting several monuments, and being interviewed to speak about their involvement in the competition.

The County College Credit Conversion App is on display for the next year in the Cannon Tunnel of the U.S. Capitol Building and online on www.house.gov and on the Congressional App Challenge website. 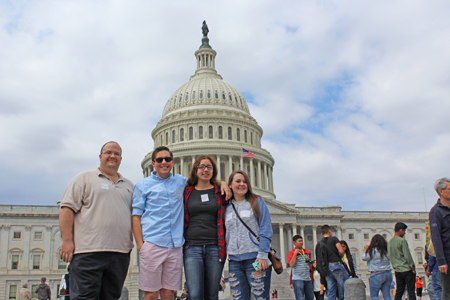 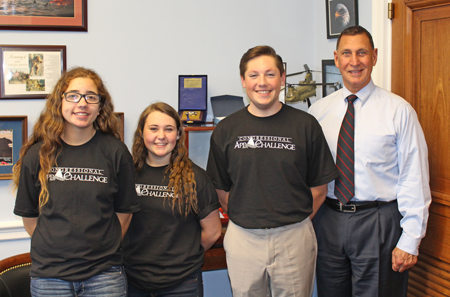 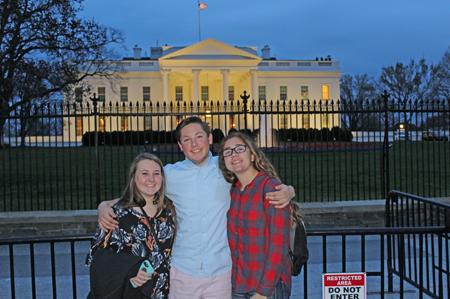