Invention designs awarded for creativity, marketability, and application of scientific and engineering principles 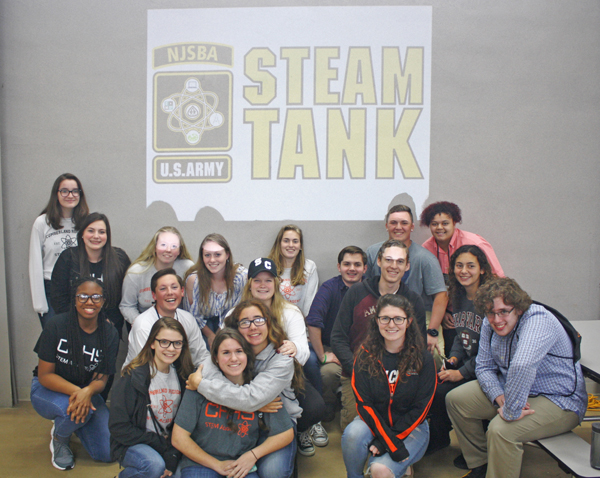 Two teams from the CRHS STEM program have been selected by the New Jersey School Boards Association (NJSBA) and the U.S. Army to advance in the final round of the 2nd Annual STEAM Tank Challenge competition.

The CRHS teams were two of 13 selected from 193 regional entries to present at the central region finals held at the MG Williams S. Stryker USARC. Both participating CRHS teams were among the six regional winners that will advance and compete at the STEAM Tank finals to be held Oct. 24 and 25 during the NJSBA Annual Workshop conference at the Atlantic City Convention Center.

Cumberland Regional was represented in the competition by Leslie Baez, Connor Bondi, Kate Miller, and Natalie Smith, who presented the "Talking Walking Stick," an assistive device for the visually impaired that audibly identifies the individual's location using RFID technology. CRHS also was represented by Brianna Hicks, Kelsey Pastirko, Savannah Soone, and Reilly Weber, who presented "SecuriCap," an optical security solution embedded into an ordinary baseball cap that, when activated, will transmit an emergency message and the user's GPS coordinates to predetermined contacts while recording high-definition video evidence of the incident.

At the regional finals, business owners, entrepreneurs, and inventors judged each team and evaluated their designs for creativity, marketability, and application of scientific and engineering principles before selecting the winning teams.

The STEAM Tank Challenge was created and sponsored by the NJSBA and the U.S. Army to encourage students in the areas of science, technology, engineering, the arts, and math. The highly successful program, launched at the 2016 NJSBA Workshop, pits student teams in a contest modeled after the television show "Shark Tank." 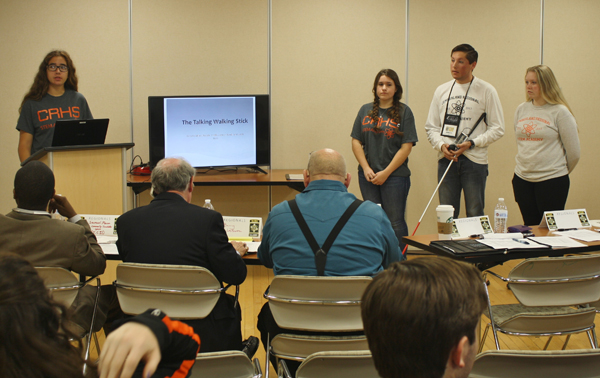 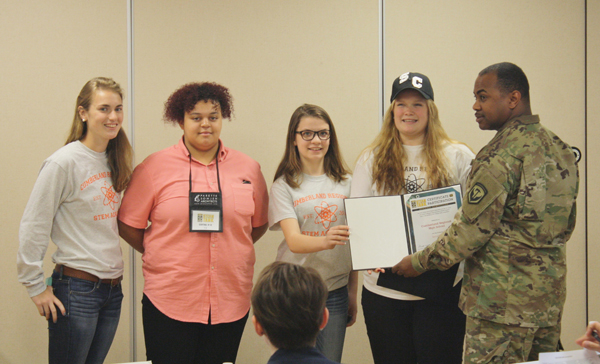