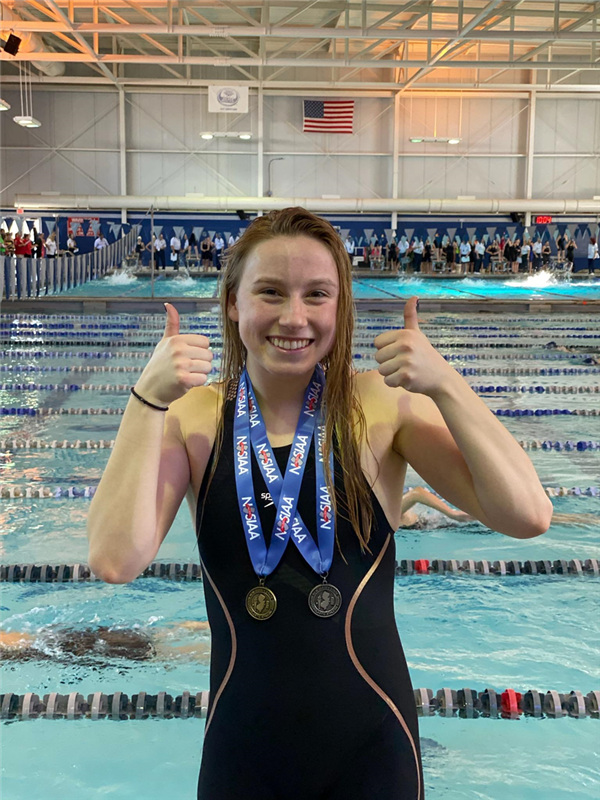 Senior Melissa Lowry was recognized as a State Champion for her extraordinary swimming performances at the NJSIAA Meet of Champions, held at the Gloucester County Institute of Technology on Feb. 29 and March 1.

Lowry kicked off the weekend by finishing in first place in both the 50 and 100 Freestyle at preliminaries. During finals, Lowry swam a 23.42 in the 50 to officially claim the rank as fastest female swimmer in the state by 0.15 seconds. She followed it up by finishing second place overall in the 100 Freestyle with a time of 51.30.

Lowry's performances once again eclipsed the school records she had set previously in both events. Over her four-year career on the Colts swim team, Lowry has broken every school record in her events, including being a part of all three record-setting relays. She qualified for the Meet of Champions every year in multiple veents, never finishing lower than 10th place.

After graduating as part of the CRHS Class of 2020, Lowry will continue swimming at the next level for the University of Connecticut Huskies.